Mahalo to all the attendees and organizers of the TEDxChange event in Volcano. Check out the photos below…

TEDxChange 2012 is a TEDx event co-organized by the Bill & Melinda Gates Foundation and TED. Convened by Melinda French Gates and hosted by Chris Anderson, TEDxChange will focus on issues regardingÂ global health and development.Â TEDxChange type events are TEDx events hosted around the live webcast of TEDxChange, and also feature local speakers.

The TEDxChange team works with TEDx organizers around the world to help facilitate meaningful discussions on topics such as vaccines, polio, malaria, HIV/AIDS, maternal and newborn child health, and agricultural development.

This yearâ€™s TEDxChange was held on theÂ 5th of April 2012,Â in Berlin and carries the name â€œThe Big Pictureâ€. Featuring talks by some of the worldâ€™s most inspired thinkers and doers, this TEDxChange took Â a step back and applied new perspectives to big picture issues. Why, as a global society, should we continue to invest in overseas development? How can we work across borders and political boundaries to bring about positive change? And what returns can we expect on our investments were just a few of the questions addressed at TEDxChange 2012.

TheÂ Volcano Arts CenterÂ was the host of the 2012 TEDxHiloChange global simulcast presented by Melinda French Gates of the Bill & Melinda Gates Foundation. With a backdrop of the â€œBig Pictureâ€ theme of TEDxChange, Volcano residents watched TEDxChange presentations in Berlin and immediately started sharing their manao via open mic.

An introduction to TEDx was shared and discussions aboutÂ TEDxVolcanoÂ quickly emerged as everyone seem to be be interested in sharing their perspectives in the future direction of Volcano. From very humble uncertainty to a coming together of everyone involved, planning efforts forÂ TEDxVolcanoÂ have begun.

A break out discussion session engaged the Volcano community in an open dialog towards the planning and organization of TEDxVolcano.Â We welcome the public to continue where the first group started by subscribing to our email list at the top right of the page.

What is TEDx?
In the spirit of ideas worth spreading, TED has created a program called TEDx. TEDx is a program of local, self-organized events that bring people together to share a TED-like experience. Our event is called TEDxChange, where x=independently organized TED event. At our TEDxChange event, TEDTalks video and live speakers will combine to spark deep discussion and connection in a small group. The TED Conference provides general guidance for the TEDx program, but individual TEDx events, including ours, are self-organized.

View My Saved Places in a larger map 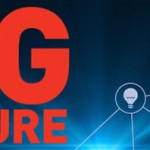